Hello, everyone visiting Ketomania! We don’t know each other yet, but I sincerely hope that over time our community will develop to the extent that everyone here feels at home. Our team consists of people full of passion and commitment, who undoubtedly share a similar diet, willingness to share their knowledge and help others. I briefly described my person in the “About the project” tab, but I would like to add a little more words from myself to be more real and gain your trust!

So who am I and what am I doing here?

In short, every day I am a practicing dietitian, fitness instructor and personal trainer. As you can see, all my classes are directly related to working with people, nutrition and physical activity, due to the fact that this subject is my main interest and gives me great joy and life energy. Probably each of you has heard the saying: “Choose a job that you love and you don’t work a single day in your life” – it seems to be hackneyed, but in my case it works one hundred percent J I would like you to take me as a person, which you can always turn to with a problem and freely ask about everything in the field of diet and training. I want to share my knowledge with you and learn myself from valuable people experienced in other fields, which are not lacking here.

The first clash with ketosis.

Let’s get to what directed me here. It is a combination of interest and experience in the field of nutrition with the practice of (and not only) high-fat diet.

My adventure with the ketogenic diet began a good few years ago, when I first heard that such a nutrition system even exists. Already then I came across the ubiquitous principles of “healthy eating” and wanted to check on myself the system of nutrition so negated by the general public. Without much knowledge, I intuitively reduced the level of carbohydrates to a minimum and watched what was happening in my body. The results were satisfactory – weight loss (this was still the age and level of consciousness where the figure was important), regulating hunger and satiety (on higher carbohydrates I was always hungry) and improving the quality of skin and skin. Not fully aware of the effect of the ketogenic diet on physical and mental health, I gave up after only a month of “intuitive” use. So it was only a test showing how I work on lower carbohydrates, but the lack of sufficient knowledge on this topic prevented me from good interpretation and conclusions.

A lot of time passed, when a high-fat low-carbohydrate diet became more popular in Poland (although still not known to most of the population), so I began to delve into its secrets, acquiring knowledge from various sources, mainly foreign. My curiosity grew day by day, and finally I reached the stage when I decided to completely switch to the ketogenic diet to see if it would bring something positive for my health. My choice was not guided by any disease or body dysfunction, even body weight was not the reason for its use. The main reason was the desire to control the constant feeling of dissatisfaction after eating a meal (the moment when after lunch you can eat all the cheesecake, haha). Although I kept my limits when it comes to healthy eating, the feeling of mental dissatisfaction after a meal and constant thinking about food confirmed my belief that I am not a healthy and free person. I decided to do something about it!

With a lot of knowledge I started my real adventure with keto and … I immediately fell in love with it. This system showed me that carbohydrates in my life are not so important and (surprisingly) they do not give me satisfying energy. In a word, my body prefers to work on high fats, and I know this by what signals it sends me. I reached the goal of satisfying my “mental hunger” very quickly, thanks to the high fats that regulate our leptin and ghrelin (in short: hormones responsible for the feeling of hunger and satiety). I freed myself from the food and came to the point where even a small meal could satisfy my hunger and my head.

As if that was not enough, keto suffered a lot of other positive effects, where they are, it is very important to improve the quality of sleep. Once upon a time, I often had difficulty in the evening light up, and with morning insertion there was a feeling of indistinctness despite using some amounts of sleep. After a short time using a high-fat diet, the situation has improved significantly – I have no problems with evening lighting, and WHAT BETTER I get up like a lark for a much smaller amount than before!

We should also mention the incredible, continuous energy, any keto is able to guarantee us during its healthy and sensible use. Regardless of whether I eat a meal or not – I always have the strength to act and I am not affected by its decreases, as in the case of carbohydrate-based nutrition.

A very important issue is also a noticeable improvement in the brain and the ability to work longer and more efficiently. It influenced positively the effects of my work, improving my concentration and focus on my activities.

Now something for fans of figure and content! I have noted a faster decrease in fat than with carbohydrate-based nutrition. In short – I ate fat and delicious (balanced diet with current calibrations), without feeling hungry and fat reduced itself. Live not to die, right?

Another advantage of using this diet is the quality of the skin and skin, which has improved and moisturized itself. I have never had a major problem with my complexion, but I am convinced that due to the poor condition of the skin with various types of pimples, carbohydrates and chemical food additives largely stand. This was the case for me – after each consumption of more processed foods with the addition of carbohydrates my complexion automatically reacted negatively to the change (it was not a strong condition, but the difference was noticeable to the naked eye).

And at the end of the pluses (although it deserves a podium) is the Taste and the satiety that keto gives us in every bite of it. Fat is a carrier of taste, and when you additionally love it, each dish tastes amazing and just as enjoyable. I value keto because I need a very small amount of meals (currently one or two) to completely satisfy my hunger and body needs. In practice, this is a very convenient way, because you do not have to always have food with you and save a lot of time when it comes to preparing meals. I am glad that I found a system for myself that is both practical for me and where I feel great.

Cons of the ketogenic diet.

I really need to think more deeply to find any drawbacks in this nutrition system, but probably the same is true for people who love fat and do not feel the need to eat carbohydrates.

In my opinion, the shortcoming is the low availability of food products on our market with low carbohydrate content. When we are in the field and we do not have the opportunity to make our own keto meal – the nearby grocery stores or gastronomic places come to the rescue, in which 90% of the products or meals are with such a content of carbohydrates that we cannot afford. The average “doe” would buy a roll with yogurt and would be pleased, but our group unfortunately has fewer possibilities and may occur in some monotony, when they often appear in such a situation. BUT BUT! KETOMANIA gives us a helping hand and the ability to view where a thoroughbred keto-maniac can legally eat <3

I am reminded of various disadvantages of the ketogenic diet, which I notice in other people (unpleasant adaptation, headaches, lack of energy, constipation, lack of strong will and desire for carbohydrates, etc.), but this article is about my experience with high-fat diet and I honestly don’t have any other problems using it.

I know that I chose the most suitable diet for me, on which I feel great, but I also know that keto is not for everyone. I work with people and I see a huge variety when it comes to lifestyle, food preferences, disease entities or eating habits. There is no one best diet for everyone, so I help choose an individual diet so that my pupils feel free, be happy and full of their favorite dishes. I do not impose any nutrition systems on anyone, and I even advise against it when I see that they can negatively affect physical and mental health. Similarly, those interested in ketone will work for everyone, although I really recommend it to everyone who is determined. The most important thing in all this is that the diet is not a passion for us but a pleasure, further improving our health and well-being, which shows my experience with the ketogenic diet.

When working with keto clients I care for individual adjustment of the amount of macronutrients and energy, which are crucial in achieving nutritional ketosis after proper adaptation of the body. I put emphasis on a delicious and personalized menu so that everyone can enjoy the highest level of food. Motivation to act, education and help with all problems are an inseparable part of cooperation. All those wandering in the keto world will lead the way and help anyone who needs help in the field of low carb diet and more. 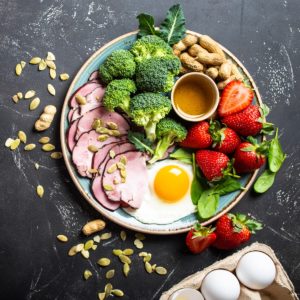 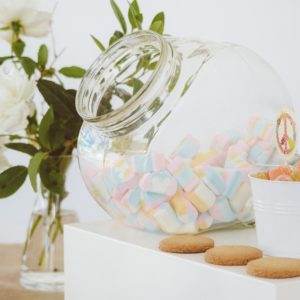 Carbohydrates, including sugars – where hidden sugar is hidden and how to read labels 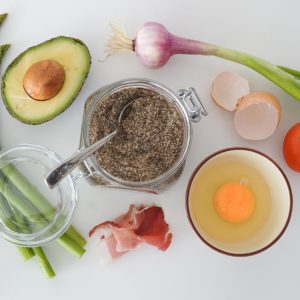 This site uses cookies to provide services at the highest level. By continuing to use the site, you agree to their use.AgreePrivacy Notice